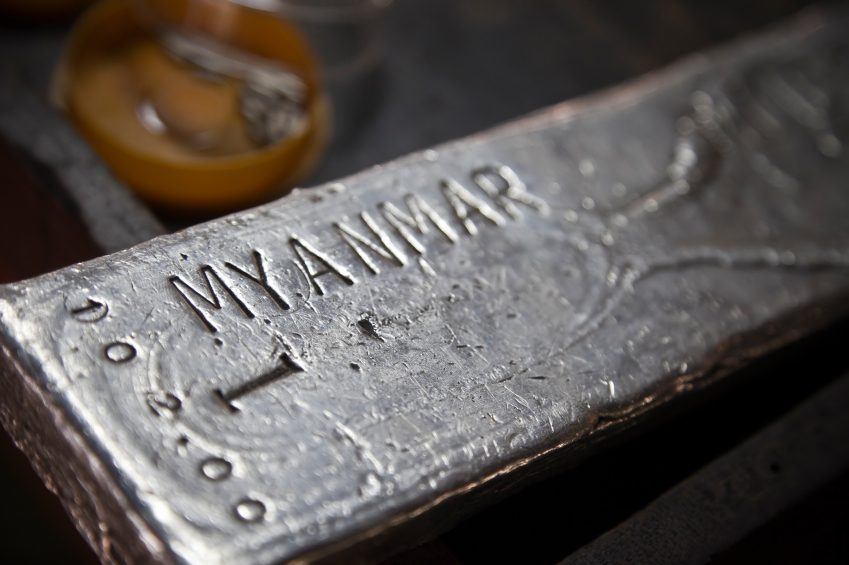 This silver honeymoon lasted all the way through 2003 while silver floated between $4 and $5 per ounce. But then, in 2004, the price of silver started to creep up. Every month a new high in price was set and by December, 2005, silver had closed as high as $9.23 per ounce, more than double what it was just a few months earlier.

The following April a new silver-backed ETF fund was introduced allowing investors to trade silver funds in the stock market, something that had never been done before, and rumors of the coming ETF had probably fueled the run-up in price that began the previous year.

In 2006, the year started out with silver at $8.79 per ounce. On the day the new Silver-backed ETF went on sale, it gained an astonishing 7%. Silver then closed out the year at $14.85 for an incredible one-year gain of almost 69%; an unheard of return on an investment of any kind.

So what is the “spot” price? The silver “spot” is the daily price of silver. Because silver is a market commodity, the price changes each day. In London a group of 5 bankers sets or “fixes” the spot price for fine silver bullion and coins each morning.  The price set in London is called the “London Fix” price. In the US, a company called Handy & Harmon sets its own spot price called the “New York Spot”. In the US most dealers follow the New York spot.

Note: When looking at current prices or historical charts, be sure to notice whether the prices are London or New York. This information is usually noted in the title or footer. The two spot prices vary.

Since 2004 silver has continued its aggressive upward march in price and according to most pundits, it’s heading higher. Although I personally believe that silver-backed ETFs have played a large roll in the volatility of the spot market, it’s certainly not solely responsible.

Here are just a few reasons that have been argued as contributing to the rise in silver prices, and why silver is expected to continue moving upward:

Lots of people have an opinion on where the price of silver will go in 2011. I’ve seen predictions as high as $65 per ounce and as low as $21, but most seem to think $35 is the number that we’ll settle at. There are some who argue that silver will be upwards of $100 per ounce. It sounds outlandish, but then so did $30 when silver was trading at $5. My personal prediction is that it will continue to move upwards in its currently volatile pattern. I would not be surprised to see it over $40 by the end of the year.

Even with a rising price, silver is still a great bargain as a jewelry making material. Whether you are working with silver in clay form or by traditional means, a rising silver price means more value to every piece of jewelry you make in silver (and everything in your current stock as well). And as the price goes higher, silver becomes more precious in the mind of the consumer. So a higher price means that more thought and care will go into the use of silver and silver clays.

Here are some ways of keeping the cost of silver down:

For those who are feeling squeezed by the price of silver and are looking for less costly ways to work in silver clay, PMC PRO offers a very strong product that is 90% silver and can be used in much smaller quantities due to it’s strength. There is also a new and more reliable version of bronze clay called FASTfire BRONZclay that is very affordable. Copper clays are also much lower in price than silver, and copper clay can even be fired with a torch. And since base metal clays are ideally fired in a kiln, consider that a kiln can be had for less than the cost of 300 grams of silver clay.

Learn more about base metal clays in the Cool Tools Learning Center at www.cooltools.us

*Did you know? A troy ounce is not the same as ounces used for weighing food and other commodities. A troy ounce is a unit of measure reserved mainly for precious metals and gemstones. A “regular” ounce is what is used for dry measurements and is called an “avoirdupois” ounce. Isn’t that a beautiful word? Avoirdupois. It’s pronounced “av-wah-dew-pwah”

Be sure you always weigh your metal clay with a scale that weighs in troy ounces for an accurate measurement of the silver weight.

Why Are Silver Clay Prices Going Up? © 2011 Mardel Rein / www.cooltools.us