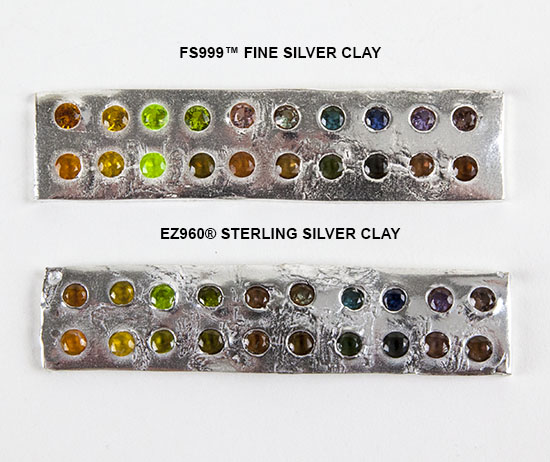 After conducting some further testing of Nano Gems in the Cool Tools Studio, we found that Nano Gems are highly responsive to light. To keep Nano Gems true to color, it is very important to fire with an azure, or a hole for light to pass through, behind the gem. Without an azure, Nano Gems can change color, get muddy or lose luster.

The first Nano Gems testing we performed in clay was in FS999 Fine Silver clay on an open shelf, fired at FS999’s recommended firing schedule of 1650°F / 899°C for two hours. The top row of Nano Gems all have azures behind them. They stayed true to color and brilliance. The only exception was with the Amethyst Green, which reflected some champagne tones with the light green ones. The bottom row of Nano Gems do not have any azures, as the gems were placed directly into the clay. All changed greatly in color, clarity and luster. The exceptions were with Orange and the Kryptonite, which just lost some of their luster. You can clearly see the difference the azure makes for the stones appearance. Nano Gems with azures behind them are on the top row.

The next test we did was similar to the previous, however, we fired the Nano Gems in EZ960 Sterling Silver clay. The sample was fired open shelf at EZ960’s recommended firing schedule of 1675°F / 899°C for two hours. Again, the top row of Nano Gems with the azures behind them stayed true to color and brilliance. The exceptions were with the Dark Orange and Orange, which began to lose their luster and became slightly dull, and the Amethyst Green took on some champagne tones as it did in the FS999. The bottom row of Nano Gems, without the azures, respond very similarly to the ones fired in the FS999. Some did get darker and duller do to the higher firing temperature. At this point it is very evident that the Nano Gems are dependent on an azure to stay true to color and luster. We tested the Dark Orange and Orange in EZ960 and fired open shelf at 1650°F / 899°C and fired for 4 hours. They stayed true to color and brilliance. Both the Dark Orange and Orange cannot be fired above 1650°F / 899°C in clay.

The third test was the Nano Gems with azures in EZ960 fired in Magic Carbon. It was fired at EZ960’s recommended firing schedule when firing in carbon, which is 1590°F / 865°C for two hours. All fired beautifully, without any change in any of the stones. The test was repeated with FS999 in Magic Carbon fired at 1650°F / 899°C. Once again, they all fired perfectly. As of this writing, we have not tested firing silver clays and Nano Gems in coconut or coal carbon.

We worked on some other tests to get some conclusive evidence on cause and effect of firing Nano Gems. One test was to see if the size of the stone matters. We tested the London Blue Nano Gem in a 2mm, 3mm and 4mm round all with and without azures. All the Nano Gems with azures stayed true to color, and the ones without an azure did not. The upshot being that the size of the Nano Gem does not matter. We tested Cubic Zircons in 4mm round with and without azures to see if they responded to light the same way that Nano Gems do. They do not. There is only a very light change of color and luster when they are placed directly into clay.
All in all, the conclusive finding is to always fire Nano Gems in clay with an azure, or hole for light to pass through behind the gem. If the Nano gem is too small to effectively create an azure behind it, the next best option may be to use a small cubic zirconia instead, as their brilliance is not diminished when placed directly in clay – with or without an azure. 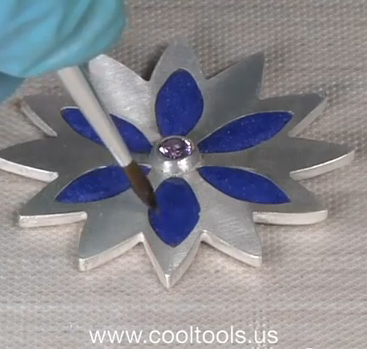 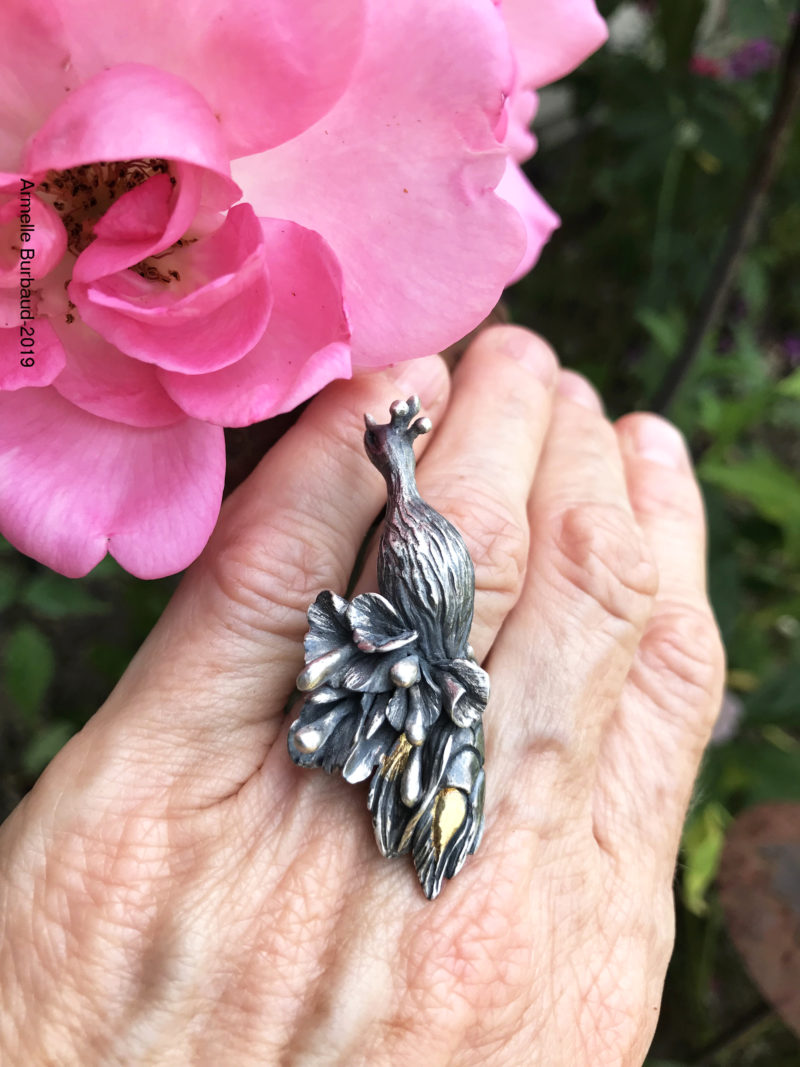 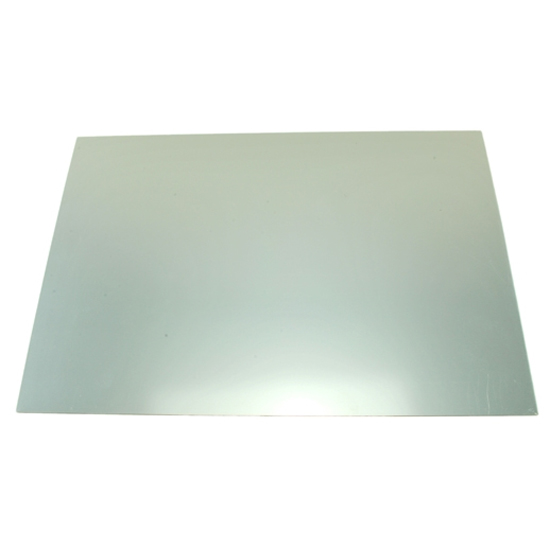 Have You Used Steel-Backed Photopolymer Plates? 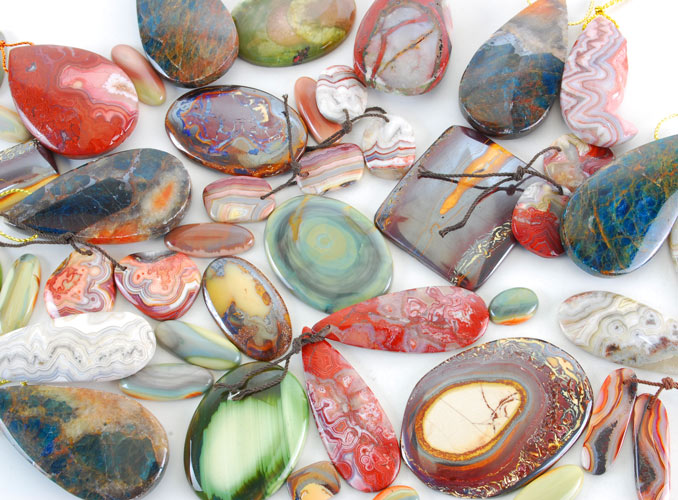